Rocks can be grouped into three main categories: Igneous, Metamorphic and Sedimentary.

Igneous rocks are those that are formed from magma or lava, the fiery red liquid that comes out of a volcano. The name comes from the Latin word ignis which means fire (you ignite a fire with a match). 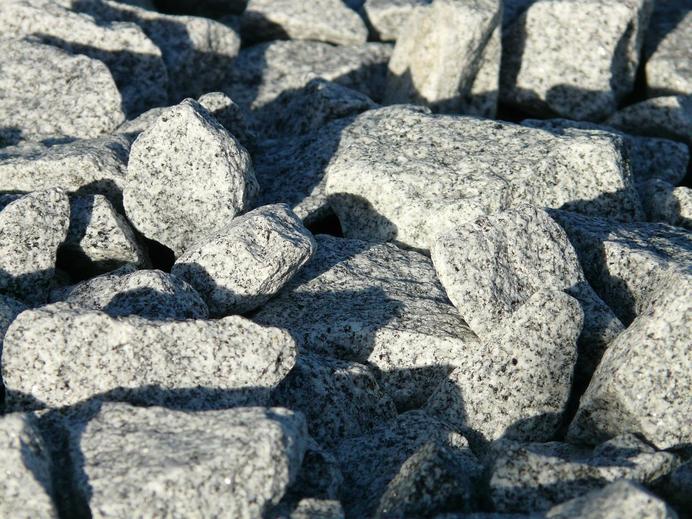 Some examples of igneous rock include granite (shown above) and basalt.

If the sandstone contains a mineral called iron oxide, it will look red (just like iron rust).

I have put this rock type last because it is formed from igneous or sedimentary rock. Metamorphosis is the name of a change (it is also used for when a caterpillar becomes a butterfly). When a rock is deep underground it will be squeezed (or compressed) hard by the weight of everything above it. Also, deep under ground it is very hot, so heat also affects the rock. Over, millions or billions of years the rock changes. Sandstone becomes quartzite and limestone becomes marble. Marble is a beautiful cloudy white stone that is often used to make statues.

Did you know? The Taj Mahal (pictured) in India is made of marble.

Here are some other websites you can visit to learn more about rocks. Click on them.

BBC Bitesize geography - Cartoons, facts and games about the world.

Geology.com - Lots of pictures and facts and examples of rocks.
National Geographic - With some good pictures of volcanoes and igneous rocks.

DK Find Out - Lots about rocks, including rocks from space!

Can you make your own book of facts about rocks?

You could bring it to school to show everyone. Put in some sentences and pictures, a contents page and a cover too.