Here's a fun game that you can play at home.  You'll need: 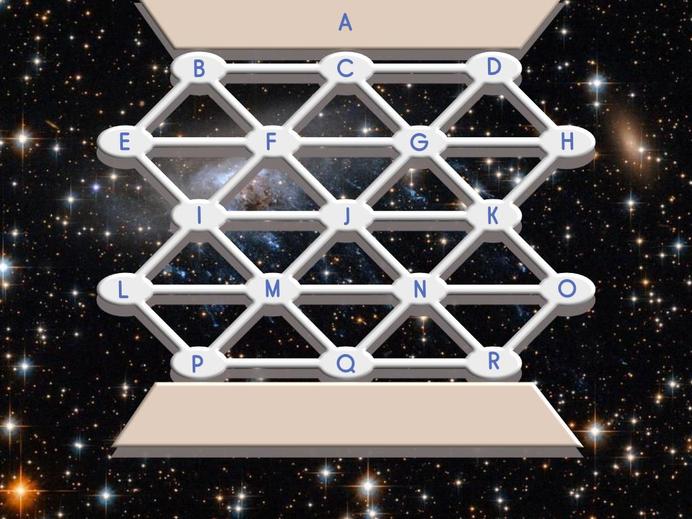 We played it in the hall at school, using rubber floor markers (from PE) and some masking tape. 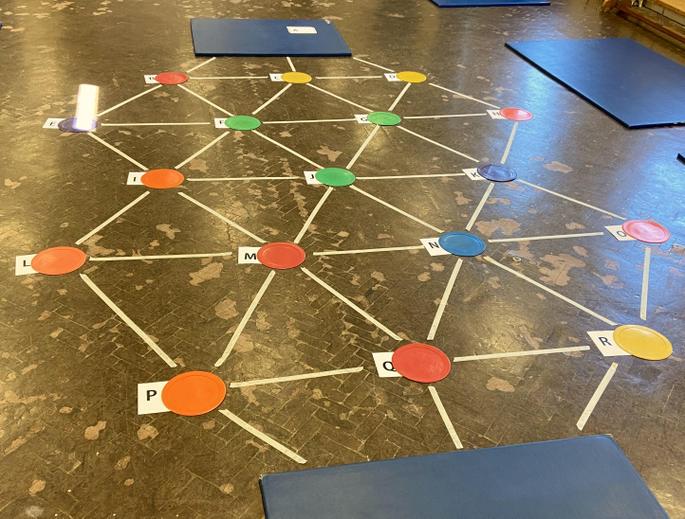 The game works like this.  There are two players, one is trying to cross the grid to get to the end (point A).  The other player has the laptop.  They control the vortex which will try and trap the player.  The player has no idea where the vortex is! Each turn goes like this:

IMPORTANT: The player must not see the laptop screen (or they'll know where the vortex is)

That said, you should turn the volume up on the laptop for maximum atmosphere :)

Older viewers will recognise this game from the early 1980s BBC TV programme, The Adventure Game.  I wanted to see if we could make a practical version to play in school (and also to see if the ominous sounds of the vortex moving still chilled the average 8 year old!)

Click here to watch the original Vortex game on The Adventure Game.